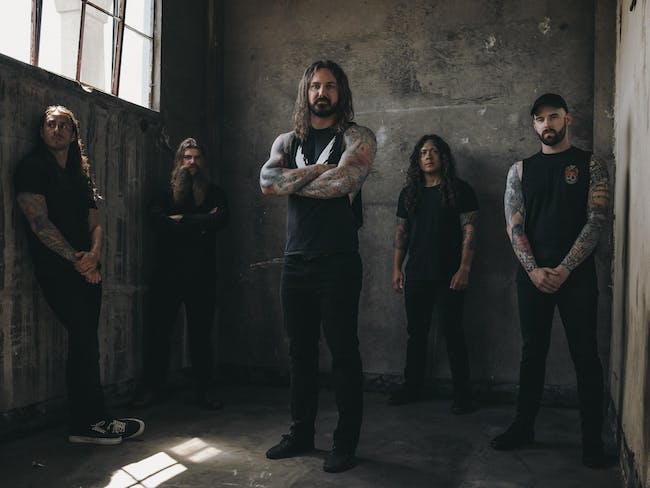 As I Lay Dying

The As I Lay Dying show rescheduled for March 16th, 2021 at Washington's has been CANCELLED. Existing tickets will be refunded back at the point of purchase only. Reach out to boxoffice@washingtonsfoco.com with any questions. We appreciate your support for As I Lay Dying, Whitechapel, Shadow of Intent and Washington's and we look forward to seeing you at a future show!

A MESSAGE FROM THE BAND:

This may not come as a surprise but due to the global pandemic and uncertain status of live entertainment, we’ve decided to cancel the Burn To Emerge Tour that was set to take place in February/March 2021 with Whitechapel and Shadow of Intent.

We feel this is the best course of action given the circumstances and would prefer our fans to have their money back sooner than later. Please contact your point of purchase for refunds.

We remain optimistic for a long term solution to the Covid-19 crisis and hope to re-connect with our fans in the near future. In the meantime, please take care of each other.

As I Lay Dying

Flames fuel rebirth. In the wake of the conflagration, future possibilities flourish out of the ashes. Reigniting a brotherhood dating back nearly two decades, As I Lay Dying rise together on their seventh full-length and debut for Nuclear Blast, the aptly titled Shaped By Fire. The San Diego quintet—Tim Lambesis [vocals], Jordan Mancino [drums], Phil Sgrosso [guitar], Nick Hipa [guitar], and Josh Gilbert [bass]—rally together and recharge the precise and pummeling metallic assault that transformed them into a turn-of-the-century heavy music phenomenon.

These eleven tracks mark their first body of work together since 2012 and represent the dawn of a bold new era.

“For me, this is the most meaningful As I Lay Dying record,” states Nick. “Every album encapsulates who you are and what you’ve gone through. At this point in time, we’ve gone through more than I ever imagined, but we all grew. I’m so proud of my bandmates and what we’ve done. We became better musicians and better people. People will hear a positive resolve to our journey so far.”

“With everything that’s happened and all of the time away, there really was no other option than to be the best version of As I Lay Dying we could possibly be,” Tim declares. “We wanted to make sure we made an album that represented our best selves. Individually and collectively, a similar rebirth happened.”

The rebirth remains rooted in an impressive legacy. Since forming in 2000, the group sold over 1 million albums worldwide, garnered a 2008 GRAMMY® Award nomination in the category of “Best Metal Performance,” notched two Top 10 debuts on the Billboard Top 200, generated hundreds of millions of streams, sold out shows around the globe, and took home “Ultimate Metal God” at MTV2’s Music Awards in 2007. Following a five-year hiatus amidst personal struggles, the musicians reconnected in early 2018.

Before a note of music, they focused on where everything began: the friendship.

“We wanted to ease into things,” recalls Phil. “We connected as friends again first. Then, we began to discuss what we could do musically. A lot of ideas floated around, and we decided to do a show in San Diego.”

The show, which rapidly sold out in two minutes, served as the first in a series of “small goals,” as Josh puts it. Backed by overwhelming support, they recorded and unleashed the hard-hitting “My Own Grave,” which clocked 13 million Spotify streams in a few months’ time. Concurrently, the musicians wrote and recorded what would become Shaped By Fire, taking the reins in terms of production and engineering with a little help from longtime friend and collaborator Killswitch Engage’s Adam D. This time around, recording happened individually, allowing for the best possible performances. Meanwhile, communication was at an all-time high as a respectful atmosphere encouraged constructive criticism.

“Everyone wanted to expand the sound, but keep it somewhat familiar,” Phil says. “It had been six years since we worked together. We realized what our strengths were internally and honed in on how to perfect them as much as possible. We trimmed the fat and filler and added different textures and layers.”

“By tracking myself, I was able to get comfortable and best represent my own ideas at the beginning,” adds Tim. “We found a new sense of respect for each other musically and personally. We connected better than ever.”

The first single and title track “Shaped By Fire” steamrolls forward on airtight riffing and bludgeoning drums before a soaring arena-size refrain.

Meanwhile, the opener “Blinded” gallops forward with undeniable urgency as it poses questions for the frontman. “I’m asking, ‘Can there be change?’,” continues Tim. “I want to show people over time it’s possible.”

Elsewhere, “Torn Between” tempers pensive lyrics and robust musicality as it discusses an internal divide. “A lot of times, we feel like we have two options and need to choose one or the other,” he goes. “Sometimes, the third option is the best. I was between this blackened heart and a blue, bruised, and beaten heart. The song concludes on getting rid of them both and starting from scratch.”

Fittingly, Shaped by Fire culminates on what might be the record’s heaviest catharsis emotionally, “The Toll It Takes.” A stark admission cuts deep as they lock into what Phil dubs, “a special moment.”

In the end, As I Lay Dying burn brighter than ever before.

“This is the next chapter,” affirms Tim. “I’m more excited for the overall direction we’re heading in than I’ve ever been. Hopefully, our fans can sense that when they hear this record. The As I Lay Dying story is in an exciting place in this moment and time, but there’s even more to come.”

“I think that music can obviously touch people and change their lives for the better,” Phil concludes. “So, for anyone who is going through a hard time, if they were to hear this record, it would do something positive for their lives, or it would help motivate them. The power of music is so strong that maybe this would help somebody who needed it.”

“I hope people feel empowered by this,” Nick agrees. “We always put so much love into what we do. There’s the optimism of being able to turn things around, heal, grow, and persevere. It really ignites a positive fire for us to share.” 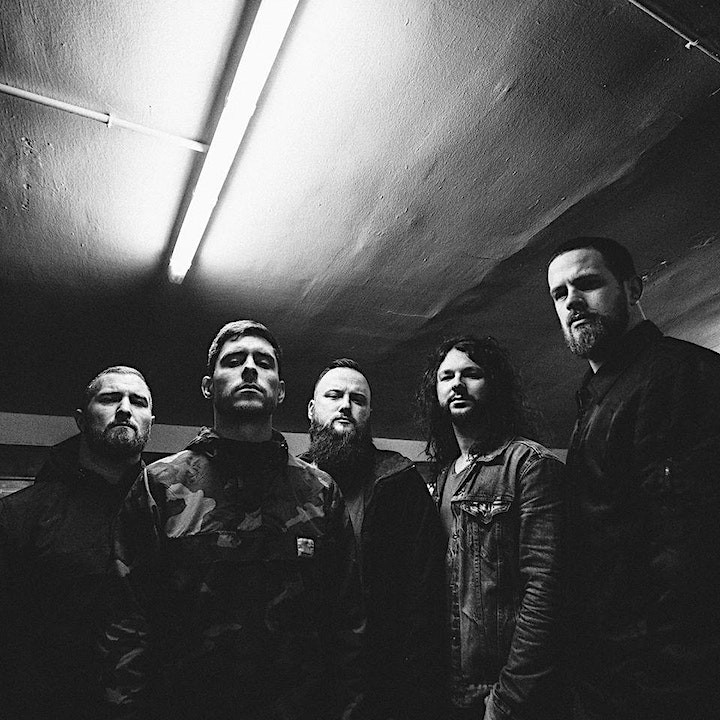 A metal band from Tennessee. "The Valley" in stores and streaming online now. 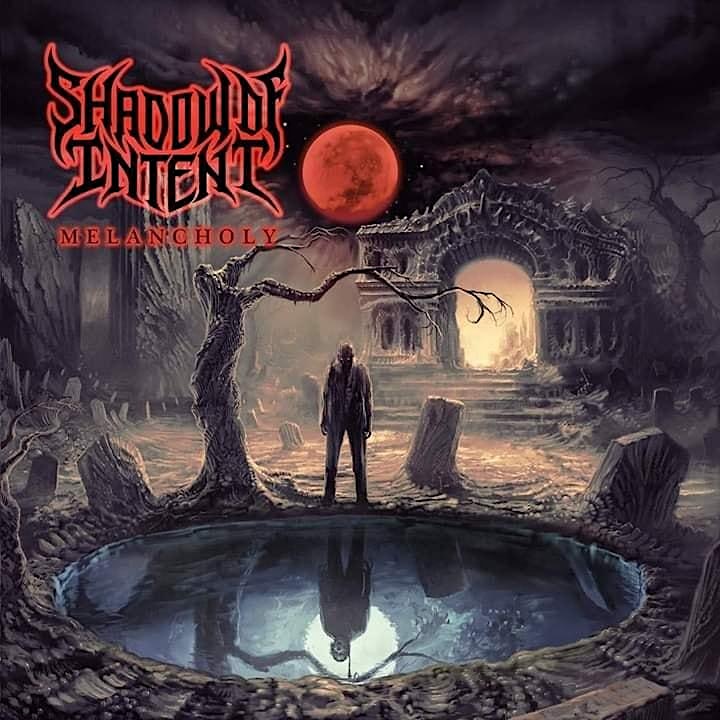 Shadow of Intent was formed in 2014 as an internet-based project between vocalist Ben Duerr and instrumentalist Chris Wiseman. The band released their first EP called "Inferi Sententia" on July 18, 2014 and continued writing more music for the album that would be called "Primordial".

In 2015 the band started releasing more songs and followed up with full length album "Primordial" on January 10, 2016 which rapidly started gaining traction on the internet. Over the next year the album "Reclaimer" was written and the lineup changed gears adding live members to perform in the music videos and eventually live shows.

The second studio album "Reclaimer" was released independently in 2017, and to this day has amassed over ten million streams. The band then announced its debut performance which would sell out the Webster Underground in Hartford, CT. Shortly after, the band started going out on national tours with metal acts such as The Black Dahlia Murder, Whitechapel, Carnifex, Despised Icon, Oceano and Fleshgod Apocalypse. The band has continued growing into a national headlining act, self-managed and independent from a label, represented by agent Nick Storch of Artist Group International.

All support acts are subject to change without notice.

Due to Artist Management request, tickets will have a delayed delivery upon purchase in an attempt to deter scalping. Your tickets will be emailed 2-3 days prior to show or you can pick them up at Will Call on day of show.