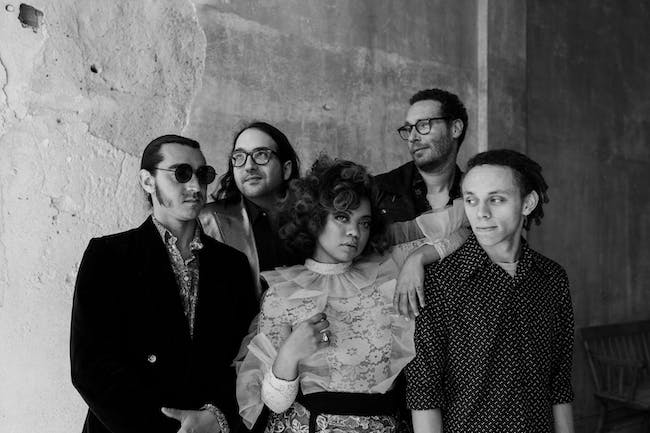 “We went through a pretty dramatic shift with this record,” says Seratones frontwoman AJ Haynes. “The band lineup, the creative process, the sound: all of it changed in ways that really reflected our growth and evolution.”

One listen to ‘Power,’ Seratones’ spectacular sophomore album, and it’s clear just how much of an evolution has taken place. Produced by Cage The Elephant guitarist Brad Shultz, the record finds the Shreveport five - piece trading in the brash proto - punk of their critically acclaimed debut for a timeless brand of gritty soul, one that takes its cues from vintage Motown and Stax even as it flirts with modern synthesizers and experimental arrangements. Haynes’ captivating voice remains front and center here, bu t her delivery this time around is more measured and self - assured than ever before, a beacon of confidence and clarity amidst a sea of social and political turmoil. Perhaps even more marked than the any sonic development on the record, though, is Haynes’ lyrical turn, which points her gaze inwards for the first time as she grapples with race, gender, and justice, writing with an unfiltered honesty that at once exudes strength and vulnerability, hope and despair, beauty and pain.

“I learned to tap more int o my own stories with these songs,” says Haynes. “I came to recognize that I have this lineage and these inherited experiences that are beautiful and worthy of exploration. The more personal my writing got, the more deeply I was able to connect with people .”

Seratones have been chasing those kinds of deep connections since 2016, when they first rocketed into the national spotlight with their breakout debut, ‘Get Gone.’ Rolling Stone called the album a “fitful collision of punk, soul and jazz echoing out of a shed strewn with whiskey bottles,” while Pitchfork praised the collection’s “soulful grease and punky grit,” and NPR hailed it as “lean and compact, with an impressive assortment of anthemic stompers .” The music earned the band dates on the road with artists as varied as St. Paul & The Broken Bones, Thao & The Get Down Stay Down, The Dandy Warhols, and Drive - By Truckers, along with festival slots from Hangout to Newport Folk and invitations to perform on national television and at NPR ’s Tiny Desk. 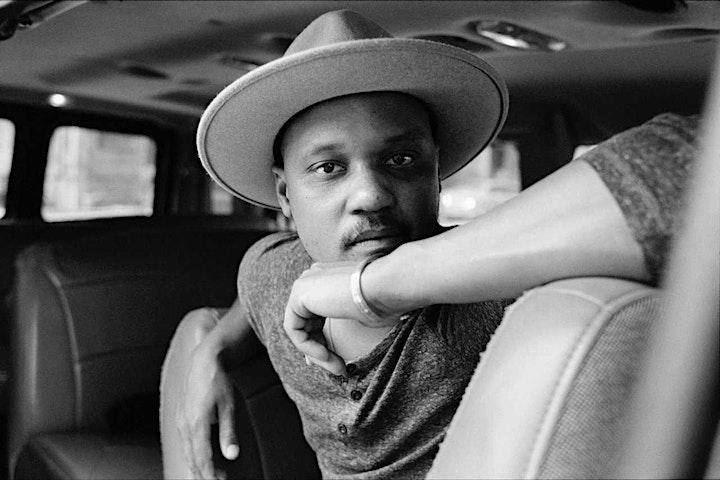 “Letting go can be a scary prospect,” says Son Little. “But there’s beauty in it, too. Everything you leave behind opens up space for something new in your life.”

That was certainly the case with Little’s remarkable new album, ‘aloha.’ Written in only eight days and recorded at Paris’s iconic Studio Ferber, the entire project was an exercise in letting go, in ceding control, in surrendering to fate. While Little still plays nearly every instrument on the album himself, he put his songs in the hands of an outside producer for the first time here, collaborating with French studio wizard Renaud Letang (Feist, Manu Chao) to create his boldest, most self-assured statement yet.

Equal parts vintage and modern, the collection blends classic soul, old-school R&B, and adventurous indie sensibilities into a timeless swirl fueled by gritty instrumental virtuosity and raw, raspy vocals. It’s an ambitious work of vision and reflection, to be sure, but more than that, it’s an ecstatic testament to the freedom that comes from torching the map and trusting the currents of life to carry you where you belong.

“I’d always produced myself in the past,” explains Little, “but it’s easy to get caught up in an endless quest for perfection when you do that. Working with Renaud let me see my work from an outsider’s perspective, and that helped me get out of my own way.”

Born Aaron Earl Livingston to a preacher and a teacher in Los Angeles, Little first came to international prominence with his self-titled debut, released in 2015 on ANTI- Records. While Little’s collaborations with The Roots and RJD2 had already helped him make a name for himself by that point in his adopted hometown of Philadelphia, critics on both sides of the pond were quick to recognize the unique power of Little’s solo recordings, which stripped the past for parts that could be reconstituted into something wholly new and original. NPR hailed Little’s “impeccably crafted songs” as “honest and unpretentious,” while The Independent proclaimed him “a formidable talent,” and Vice declared that he was “dissolving the barrier between R&B and rock 'n' roll one tearjerker at a time.”

Songs from the record racked up roughly 30 million streams on Spotify alone, and the album landed Little dates with everyone from Leon Bridges and Kelis to Shakey Graves and Mumford & Sons alongside festival appearances at Bonnaroo, Newport Folk, and more. Never one to rest on his laurels, Little showed off his production chops the following year, earning a GRAMMY Award for his work helming Mavis Staples’ acclaimed ‘See That My Grave Is Kept Clean,’ and in 2017, he released a critically lauded sophomore album, ‘New Magic,’ which Paste said “did for the blues what Sharon Jones did for soul music.”

By now, it’s probably clear that Son Little likes to keep busy. In order to create ‘aloha,’ though, Little knew he’d have to do the unthinkable: sit still. The next thing Little had to let go of was even more challenging. Just weeks before he was set to begin assembling the album demos in Petaluma, California, his hard drive fried, taking with it nearly a dozen detailed demos for new songs. For a meticulous planner like Little, it was a devastating blow, one that left him with no choice but to start over.

“Losing all that material felt like a nightmare at the time, but I’ve since learned to see it as an opportunity,” he reflects. “If I hadn’t lost all those songs, I never would have written all the new stuff that became ‘aloha.’”

Beginning again with what was essentially a blank slate, Little penned much of the new album in Petaluma, in a tiny house and it’s adjacent barn. He let the songs take him on a journey of self-exploration there, examining the kind of big-picture questions that emerged from his subconscious in the quiet stillness: What am I doing? How did I get here? Who do I really want to be?

“I let the dust settle after a hectic year, and stopped worrying about the music for a minute,” explains Little. “I tried to just tune in to what was happening in my mind, to just be present in my body. It was liberating.”

That sense of liberation is clear from the very beginning of ‘aloha,’ with album opener “hey rose” showcasing Little’s freewheeling way with words and lean, swaggering delivery. Inspired by the sense of infatuation that comes with new love, the track sets the stage for an album full of unflinching self-examination and daring sonic fusion. Little injects trippy psychedelia into Sam Cooke soul on the slow-burning “about her. again.,” channels Prince and Michael Jackson on the breezy “3rd eye weeping,” and marries sparse, distorted guitar tones with clean, dense vocal harmonies on the infectious “mahalia.”

“That song’s an apology delivered at the start of a relationship, instead of the end, when it all falls apart” says Little, who often collapses time and space in his writing by combining characters and scenes from throughout his life. “I’d been thinking a lot about how I find myself repeating the same mistakes in different areas of my life. I find myself drawn over and over to the same qualities in different people, and sometimes the dynamic can become toxic. Pointing the finger is easy. I’m trying to be better at acknowledging my part of the problem.”

Recognizing the power of our own self-destructive tendencies is a recurring theme on ‘aloha.’ Little mourns the suicide of a beloved uncle on ‘suffer’, using addiction and mental illness as a lens to explore forgiveness and empathy, laments the rapidly deteriorating world his two children are set to inherit on ‘o clever one,’ and meditates on the dangers of succumbing to passion at the expense of reason on “belladonna.”

“There’s a lightness that comes from being so deeply in love with a person or an idea,” says Little. “But there’s a danger that comes with it, too. It’s like a drug: a little bit and you feel incredible; too much and it kills you.”

It would be easy to feel helpless in the face of such inexorable forces, to feel as if we are prisoners of fate rather than masters of our own destiny, but Little instead finds peace in perseverance on the album. “Hallelujah,” he sings on the gorgeous ‘neve give up,’ “though I’m battered and blue / feel like I’m born to lose…Never will I give up.”

It is a potent reminder that letting go doesn’t mean giving in; in fact, quite the opposite. Letting go can be an act of defiance, of growth, of empowerment. Letting go requires a leap of faith, and, in Son Little’s case, that faith has been richly rewarded. Whether that means this album represents the end of one chapter or the beginning of the next is impossible to know just yet, but in either case, there’s really only one thing to say: aloha. 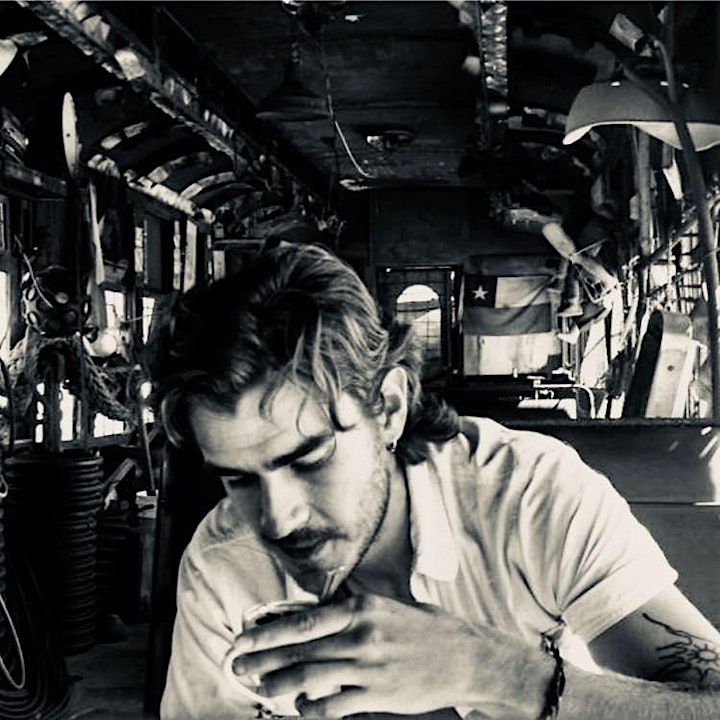 Kiltro is the brainchild of Chilean-American singer songwriter Chris Bowers Castillo. Conceived in the lively, bohemian port city of Valparaiso, Chile, Kiltro draws much of its thematic energy from Latin-American folk artists like Victor Jara, Atahualpa Yupanqui, and Inti-Illimani, making for an emotive and stylistically unique merging of older genres with contemporary ones.

Kiltro expanded from a solo act in late 2018 with the addition of Denver musician Will Parkhill on bass and guitar, and percussionist Michael Devincenzi.

The band released their debut album, Creatures of Habit, Summer 2019.