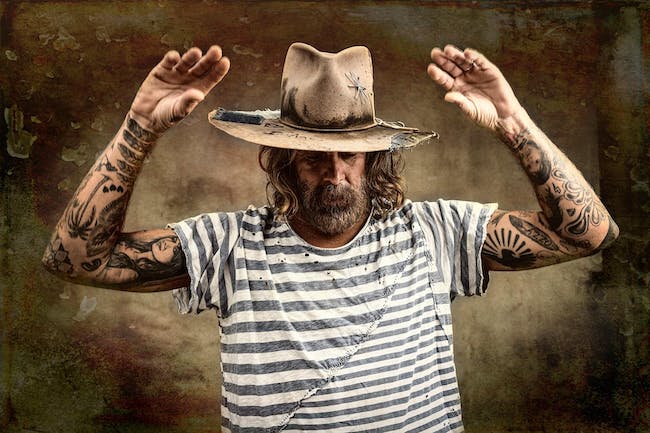 Donavon Frankenreiter has been writing, recording and touring his music for 20 years. With over a dozen full-length record releases and hundreds of songs written, the traveling troubadour has become beacon for funkified jams, stylish stomps and feel-good grooves. From his surf-inspired serenades to classic blues-rooted funk, the Donavon is always evolving. It would seem he’s just getting started…

After a whirlwind of travel and months on the road touring, Donavon cruised his way back to the studio to get crackin’ on some brand new tunes. As the amps buzzed so did the excitement. His fresh collection of hand written scribbles on loose paper started to come to life before his eyes - manifesting themselves into 4 brand new tracks: “Them Blues”, “Boom Boom”, “Is It You” and “Could Be One of Those Days”.

With the creative mojo flowing and growing, Donavon decided to keep on the gas. In July 2019, he released a new album aptly titled “Bass & Drum Tracks”. Comprised of 16 songs (13 of his most beloved, classic tracks and 3 news ones) this assemblage of stripped-down jams gives the world a whole new way to get down, get creative and get into some good ol’ fashion Frankenreiter fun.

Equal parts inventive and inclusive, this new “Bass & Drums Tracks” record allows fans and music lovers all around the world become part of Donavon’s wondrous world in their own unique way. Whether you slay it on the saxophone, sing the blues or just toot on your trusty kazoo, there’s something on this record for you… Sing along! Play along! Start a band!

To celebrate this new selection of tunes, Donavon will be promoting the release of the album and the new songs by performing it LIVE on their upcoming tours. Like usual, he plans to go worldwide for months at a time. Only this time, Donavon is bringing his love for vinyl records out on the road like never before…

His long-time obsession with analog sound and vintage record players is making its way on stage! For “The Record Player Tour”, Donavon and his long-time right-hand man, Matt Grundy, will be playing their set as dynamic duo - with their trusty record placed between them. They’ll be dropping the needle themselves, LIVE in hi-fi, spinning the analog bass and drums on wax as their backing “band”. It’s the sort of special twist that you don’t want to miss…

“We love vinyl records so much and are complete addicts when it comes to vintage players… that’s how this whole idea came to me”, beams Donavon. “I thought, why can’t we make an album available where people can jam along to it and we can also play to it LIVE too? “

Catch Donavon Frankeneiter LIVE on tour in a town near you!

For the latest news and look into his one-of-a-kind life, be sure to follow @Donavon_Frankenreite on Instagram. 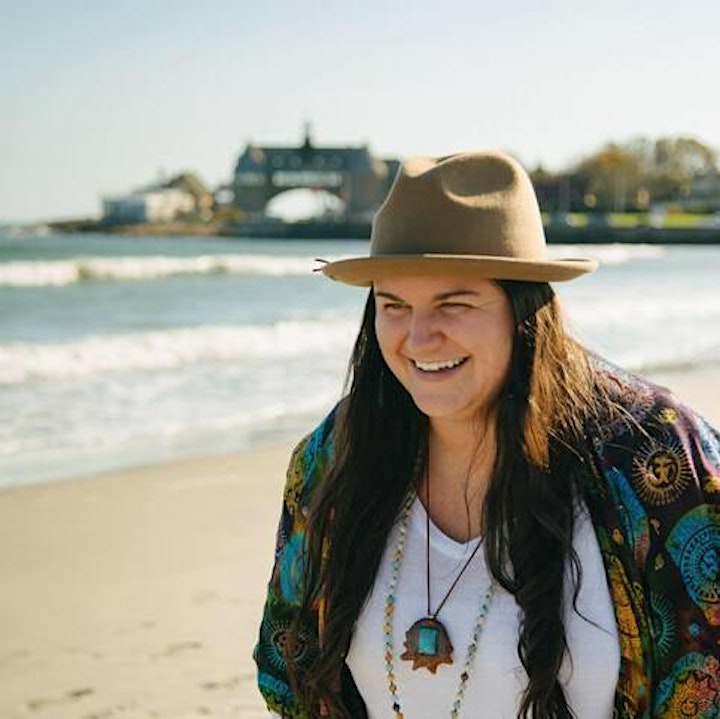 It documents the typically unseen splendor of struggle and offers the encouragement to forge ahead. Christina Holmes does so on her aptly titled third independent full-length album, The Beautiful Struggle [Cove House Records]. The New Jersey-born and Rhode Island-based singer, songwriter, and Cove House Records founder threads together stories of love and life across eleven alternative folk anthems united by her confessional lyricism and instrumental proficiency on guitar, bass, djembe, and piano.

As a result, she delivers her most personal, passionate, and powerful statement to date informed by true trials, tribulations, and triumphs.

“The album is called The Beautiful Struggle, because I feel as though everybody lives a beautiful struggle,” she states. “There are so many good things in life. There are so many bad things in life. You’re just trying to find a happy balance. You know what you want. However, you might not be able to have it. Maybe it’s just out of reach, so your struggle is reaching for it.”

The music magnifies this universal journey. After keeping a childhood songwriting ambition a secret, she went from braving open mics to brightening the spirits of bedridden hospital patients alongside the charity Musicians On Call. Following a seminal “Amateur Night” gig at the Apollo, she dropped her 2013 debut, Peace, Love, & C. Holmes and canvased the country on a sold-out tour with Trevor Hall. 2017’s Stand Up—produced by Warren Huart [Colbie Caillat, James Blunt]—would be the first official release through Cove House Records.

In the aftermath, she garnered the acclaim of Paste, Relix, and Jam in the Van and toured with everyone from Hall to Xavier Rudd and Nahko of Medicine for the People in addition to booking her own national headline run. As early as 2017, she started compiling ideas for what would become her 2019 offering.

A true experience catalyzed the process as she mustered the courage to tell her then-girlfriend, “I love you.”

“When I met my wife, she had been previously with her husband,” recalls Christina. “I was going through my thing, but I knew I was in love with her the moment I saw her. Since she was married, I didn’t really express my feelings. The struggle was I knew who I wanted to be with, yet I couldn’t. All of these wrenches kept getting thrown into the mix. I admittedly threw some of those in myself. Finally, we got married last year. The album covers the whole period.”

She holed up at Spitfire Studios in Los Angeles in order to put the trip down on tape. For the first time, she expanded her palette like never before. Previously shy about her instrumental diversity, she played everything from guitar to percussion herself, making a decision “to let go of the last part of myself in my teenage bedroom and show who I am as a musician.”

“Everybody Knows” hinted at this impressive musicality, looping vocals on top of djembe. Meanwhile, the single “Rise” pairs a bright guitar lead and organic percussion with her warm delivery. It culminates on the empowering chant, “We will rise up when we are called upon. We will rise up and we will just keep on.”

“It’s a song I felt like I needed to hear—and the world needed to hear,” she elaborates. “At the end of the day, we must find common ground with each other. If we decide we can have a greater purpose of living and moving forward, we can work through the violence in the world together. We’ve got to stop doing what we’re doing, rise above, and create a better world for all of us. The song is meant to make you gravitate towards the rest of the stories in the album and hopefully understand me as an artist.”

These “stories of struggle” comprise the entire body of work. The heartbreakingly potent “Addictions” examines its subject from multiple points-of-view (and -vice versa). The title track builds towards an undeniable chorus over a lively sonic backdrop. Meanwhile, “Try” inspired this unfiltered and unbridled candor at the beginning.

“I speak more clearly through song than when I’m talking,” she confesses. “‘Try’ was one of the first songs I knew would be on the album. It started as me by myself emptying out what I had to. It brought my soul more forward in a way I haven’t. I lost all fear. It made me realize I’m open to try. I don’t ever have to be afraid when it comes to music.”

As the album shows, Christina will be there for you on your struggle in the end.

“I hope people walk away with the strength to know they can keep walking,” she leaves off. “No matter what life throws at you, you’re going to make your way through. I hope you feel good when you hear it.”