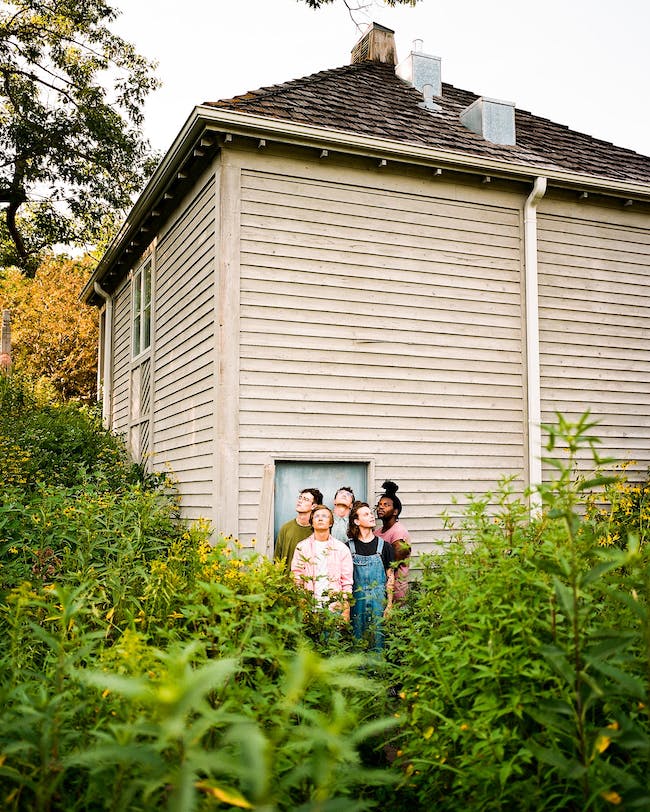 iCal
Google
Hippo Campus with The Greeting Committee as support

Hippo Campus isaband from St. Paul, Minnesota. Formed in 2013,prior to graduating from performing arts high school, the band started on a break out trajectory following a series of talked-about performances at SXSW.Thiswas immediately followed by their network television debut on Conan. They’ve since risen to the forefront of their genre on the backs of relentless touring and the strength of their debut album 'landmark'.

In October 2017, the band released their self-produced EP ‘warm glow’ as an ode to loyalty and self-preservation. “We had tunes that didn’t fit on ‘landmark’ but took on a life of their own. The project became about the support we couldn’t find as individuals but discovered as an entity.”

The band’s sophomore release, ‘Bambi’ was released on September 28th ,2018. 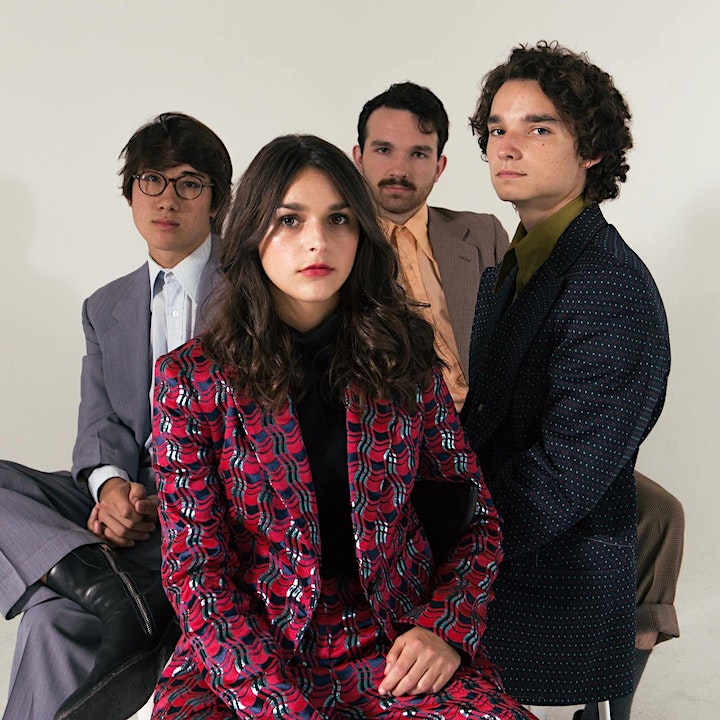 The Greeting Committee's full-length debut This Is It is a coming-of-age story in album form, a reflection on growing up but defiantly holding onto a certain innocence. All between the ages of 19 and 21, the Kansas City-based band delivers an undeniably original selection of songs that feel as intimate as a basement recording but unfold in intricate textures and melodic sophistication. And with her delicate yet powerful vocals, Sartino instills This Is It with an openheartedness that transcends age and time, bringing both dreamy sensitivity and wide-eyed wisdom to every track.

"A lot of the album is about that point when you get to 19 or 20 and look around only to ask yourself, 'Why did I want to grow up so badly? Is this all there is?'" says Sartino. "But at the same time, the album holds songs that were written when I was still in high school and experiencing a lot of big firsts, so it's also a soundtrack to those moments, the ones that lead me to where I am now."

This Is It arrives as the follow-up to Meeting People Is Easy, a 2017 EP that marked The Greeting Committee's debut release for Harvest Records. Working with producer Andrija Tokic (Alabama Shakes, Hurray for the Riff Raff) and recording at The Bomb Shelter in Nashville, the band expands on the finespun brand of alt-rock that landed them a major label deal when they were still in high school. As The Greeting Committee's most fully realized work to date, This Is It finds the foursome enlisting background vocalists, horn players, and a string section to shape a lavish but gritty sound perfectly suited to the album's vast emotional scope.

Throughout This Is It, The Greeting Committee sustain a raw vitality that makes even the melancholy of the album-opening "Is This It?" feel hypnotic and thrilling. On "You've Got Me" the band shifts into feel-good romanticism, the song's soulful horns and backup vocals blending with Sartino's lovestruck lyrics ("Built my life around sound to keep you dancing"). "Flint" brings jittery rhythms and jagged guitar work to its exploration of "being afraid of your own potential and revolting against your future," as Sartino puts it, while the "Don't Go" offers a shimmering and sweetly hopeful meditation on coping with abandonment issues. And with its airy grace and tender harmonies, "Gold Star" examines what Sartino refers to as "the weight of being the eldest daughter, as well as a big sister to six younger siblings, and how that can be tough but also so rewarding."

This Is It also features a longtime live favorite for Greeting Committee fans, a string-laced serenade named "Birthday Song." In penning the lyrics, Sartino drew from a journal entry she'd written on her 16thth birthday. "I was thinking about how your birthday begins to hold a sense of sadness as you get older, how the unknown of the future can be so paralyzing. That led me to create a story of a boy at his eighth birthday party," says Sartino. "He's sitting there looking at his cake on what is supposed to be the best day of his life, but something feels wrong. Everyone is looking at him as though the cake is going to eat him instead. He later discovers that his parents are getting divorced, something everyone else in the room already knew. From then on he stops believing in the magic held in a birthday candle." With its quiet intensity and heart-crushing lyrics ("Wishing too hard for them to stay/You burnt the house down"), "Birthday Song" pulled from her own experience in dealing with her parents' divorce. "It kind of came from imagining what would happen to my little brother if his parents got divorced," she says. "Even if it's a story I'm making up, there is always a bit of truth."

On tracks like "Birthday Song," Sartino shows the elegant songcraft she's honed since she was a kid. "I've been writings songs for as long as I can remember," she says. "In first grade someone asked me what I was going to be when I grew up and I said a rock star, and from then on that's all I wanted." Thanks in part to the influence of her stepfather, who took her to a Vampire Weekend show when she was 12, she later channeled an edgy sensibility into her songs and began performing at open mics at age 14. "I was playing songs I'd written myself, but I just felt really lonely up there," she recalls. "After a while I met Brandon and he started accompanying me, and it felt so much better." Yangmi and Sartino soon brought Turcotte and Fraser into the fold and, in a nod to a T-shirt worn by John Lennon in a Beatles documentary, named themselves The Greeting Committee.

Formed in summer 2014, The Greeting Committee self-released their debut EP It's Not All That Bad in fall 2015 and sent it to local radio station 96.5 The Buzz. The EP quickly caught the ear of programmer/on-air personality Lazlo Geiger, who played lead single "Hands Down" on The Buzz and helped the track to amass over 10 million streams on Spotify. As record labels came calling, The Greeting Committee ultimately signed with Harvest Records and put out Meeting People Is Easy in March 2017.

Since the breakout success of "Hands Down," The Greeting Committee have spent much of their time on the road, touring with the likes of Jukebox the Ghost, Saint Motel, Tennis, MisterWives, and Andrew McMahon in the Wilderness, in addition to appearing at major festivals like Lollapalooza and SXSW. "While we were still in school, we'd do two-week runs whenever we could," says Sartino. "Our teachers were fine with it. I think they realized, 'Okay, these kids have a record deal, I don't need hound them about solving some math equation.'"

Like any work of art that honestly documents the formative years -- including J.D. Salinger's The Catcher in the Rye, which Sartino names among her songwriting inspirations -- This Is It invites endless revisiting, revealing new insight each time. But for Sartino, who recently wrote an essay for Rookie about her experience as a queer frontwoman and how her goal is to "show others that they should be confident in ways that make them comfortable," The Greeting Committee's central mission is provide a sense of connection and solace. "I think what people look for in music is vulnerability, and the feeling that someone else understands what you're going through," she says. "My favorite part of all this is having people tell me that something I wrote made them feel less alone, because that's what music's always done for me and for the people I love."

Standing Room Only, General Admission Venue. The balcony is OPEN for this show.