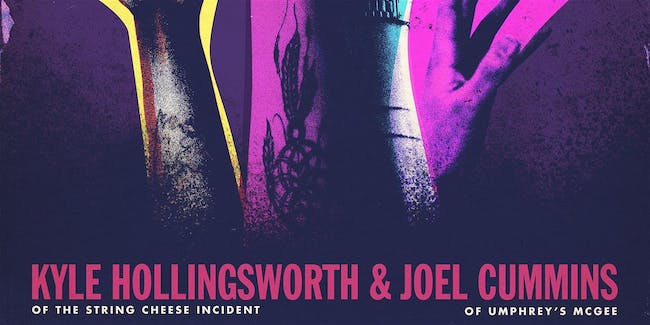 The Kyle Hollingsworth Band and Joel Cummins show scheduled for April 10th, 2020 at Washington's has been canceled. Refunds will be processed as soon as possible, at point of purchase and you will receive an email from Eventbrite once it has been completed. Please check your spam box in case the email ends up there. You can reach out to boxoffice@washingtonsfoco.com with any questions. We appreciate your support for the Kyle Hollingsworth Band and Joel Cummins and Washington's and we look forward to seeing you at a future show!

Thirty years ago, Kyle Hollingsworth set out on a career in music. With a wealth of desire and an abundance of ability, Hollingsworth has established himself as a formidable and versatile music talent deftly able to contribute, collaborate, compose, and communicate on a number of levels and within a vast spectrum of musical environments. Today, as a member of acclaimed jam masters The String Cheese Incident, Hollingsworth is revered by both peers and fans for his ability to write and perform in a mosaic of styles, from rock to classical, ragtime to bebop. Playing in SCI has allowed him unrestricted access to the world of music, and has bestowed on him the kind of fearlessness a composer needs to flirt with such disparate genres. Those who’ve seen SCI know that they can jerk from funk to bluegrass on a chord change. “In the jam world, where there are no set ways of doing things, we’re not afraid to move in and out of genres,” he says, “and because of that I’ve learned to be creative, not only onstage but in the stud io. I can get on board with something pretty quickly. You have to.”

Sociologists marvel at the enigma that is Joel Cummins, one rarely finds an only child like Joel loose in the wild. An eternal optimist and beacon of positivity, it takes more than a broken keyboard and curfew mix up to rain on Joel’s parade. Unbeknownst to many, Mr. Cummins actually hails from Metropolis, Illinois, growing up mere streets away from Superman, giving him a supernatural ability to amass both vintage & current keyboards. After years of rigorous piano studies, Joel ex- panded his arsenal to include more than 119 keyboards (after intense negotiations with the crew, Joel’s setup has been lim- ited to six, occasionally seven keyboards, in his live rig). Beyond his extensive keyboard wizardry, Joel brings many other valuable assets to the UM organization. His knowledge of tour routing and keen market analysis proves invaluable to the management team. However his show ideas must occasionally be nixed when it’s clear he’s attempting to route the tour into his next exotic vacation. Four nights in Bali, really Joel?

Joel’s passions extend far beyond the musical realm, with a love for travel with his wife Dasha, great cuisine, chatting up strangers and generally making the world a better place whether he’s on the road or at home in Venice, California. His energy is infectious and despite his age, he still throws a pretty mean spiral. The moniker of Joel Montana rings true when he’s on the field as UM’s quarterback. 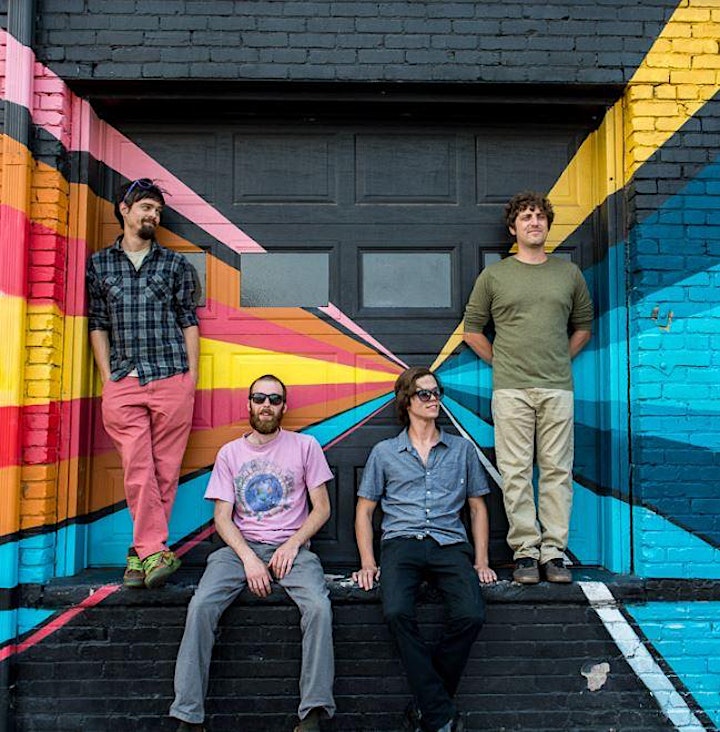 In a world filled with instant gratification, gimmicky over saturation and a lack of true improvisation, The Jauntee pays tribute to music’s ability to transcend simple entertainment and cultivate a truly distinctive experience. The Jauntee has fostered a musical community based on a breadth of original material that engages fans through nightly exploration and risk taking. Averaging over one hundred shows a year, with each containing a unique set list and their own special improvisational moments, the band is constantly expanding upon what defines them and their live performances.

With almost a decade’s worth of touring experience; appearances at major festivals such as Peach Fest, Catskill Chill, and Resonance; and 36 states toured with stops at national touring staples such as Brooklyn Bowl, Georgia Theatre, and the Paradise Rock Club, The Jauntee have been nurturing a fanbase of dedicated followers who are inspired by their music and willing to travel to see what the band has in store next. Fans that thoroughly analyze their music, track their set lists and passionately promote their music. The Jauntee makes each night an exciting prospect of a new shared experience with bust-outs, fresh jamming, poignant covers, and accessible songwriting.

Their upcoming live album “ALWAYS NEVER KNOWING” is a quintessential selection of live works from the band’s 2017 two-night-run at The Bridge Sound & Stage in their hometown of Cambridge, MA. It features 16 tracks that were professionally recorded, mixed, and mastered by sound engineer Alex Allinson. It showcases the band’s masterful playing and inspiring ability to take their original music and create something uniquely theirs night after night. It also features nine previously unreleased tracks that have quickly become staples of their live show. Experience the band in their purest element, pushing the boundaries of their sound while sharing that trip with their fans.