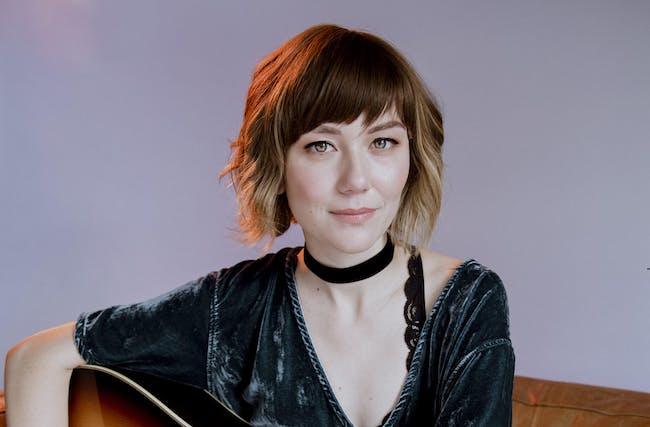 A virtuosic, award-winning guitarist with a gift for insightful songwriting, Molly Tuttle evolves her signature sound with boundary-breaking songs on her compelling debut album, When You’re Ready. Already crowned “Instrumentalist of the Year” at the 2018 Americana Music Awards on the strength of her EP, Tuttle has broken boundaries and garnered the respect of her peers, winning fans for her incredible flatpicking guitar technique and confessional songwriting. Graced with a clear, true voice and a keen melodic sense, the 26-year-old seems poised for a long and exciting career. When You’re Ready, produced by Ryan Hewitt (The Avett Brothers, The Lumineers) showcases her astonishing range and versatility and shows that she is more than simply an Americana artist.

Since moving to Nashville in 2015, the native Californian has been welcomed into folk music, bluegrass, Americana, and traditional country communities – even as When You’re Ready stretches the boundaries of those genres. Over the past year, Molly has continued to accumulate accolades, winning Folk Alliance International’s honor for Song of the Year for “You Didn’t Call My Name” and taking home her second trophy for the International Bluegrass Music Association’s Guitar Player of the Year (the first woman in the history of the IBMA to win that honor).

"...handsomely crafted melodies that gently insinuate themselves into the memory…” - NPR

“Tuttle effortlessly delivers a mélange of styles to accompany her powerful guitar licks throughout.” - Rolling Stone

“The result is an album that’s bigger, brighter and more expressive than her past work while still leaving room to appreciate the incredible individual talent at the core of these songs.” - PASTE

“Impressive debut album.... The production, playing and songwriting coalesce into a striking statement that shows an already developed artist well on her way to the next level of her still nascent career.” - AMERICAN SONGWRITER

“ When You’re Ready proves that Tuttle is a true crossover artist with unbridled ability.” - GUITAR PLAYER 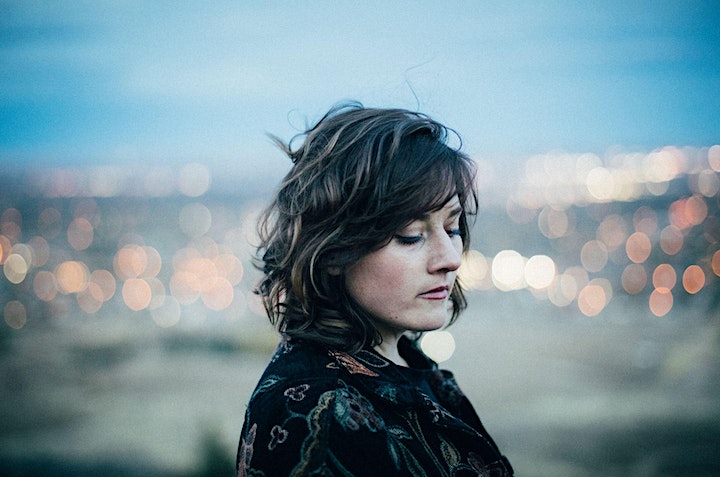 Alexa Wildish is a singer songwriter based in Boulder, CO. Her music is defined by her refined vocal skill and technique, and is tinged with influences of country, bluegrass, Americana and traditional Celtic folk.

In 2019, performing original material, Alexa won the Songwriter Showcase at the Annual Rocky Mountain Folks Festival and has been invited to perform a full set on the main stage for the 2020 event (past alumni include Ani Di Franco, Josh Ritter, Regina Spektor and Indigo Girls).

Alexa was immersed in music from an early age. Both her brothers and her Dad played guitar, and she sang with her Mom. She took voice lessons from the age of five, started classical voice training at seven, and went on to study musical theater through high school at OCSA and then at Elon University. After graduation, Alexa took a lead role on Holland America’s World Cruise Line, performing signature show numbers every evening. She was en route to Broadway.

But despite the successful theater career ahead of her, Alexa found herself on a trajectory that was unsatisfying and lackluster. As Alexa puts it, “Musical theater’s ‘Be Honest’ and tell-the-truth training taught me how to tell other people’s stories as if they were my own. But because they weren’t my own, there was no real passion.”

In her early 20s, Alexa found herself at a concert of Nickel Creek and The Wailin’ Jennys. “Hearing that music made something in my whole being come alive. My heart was fully ablaze and something shifted in me,” she says. Was it that it was the first time she was moved by music that was different from her family’s bent for classic rock or her career’s liking to musical theater? Was it the Celtic and Scottish influences in the music that resonated with the same heritage that is buried in her bones? Was it the deep, loomy soulfulness that struck a chord in her being? For the first time she felt invited to create something of her own.

Alexa moved to Portland, Oregon, and entered into the terrifying, exhilarating, and nourishing journey of becoming a songwriter. Accompanied by a mandolin, she worked on expressing her personal narrative through voice.

It was a long and sometimes hesitant process—she even took a three year hiatus from songwriting and moved to Boulder, CO before getting back on track with an understanding that the way forward was through embracing her vulnerabilities. Her music turned from vague stories about life’s lessons and focused on the rawness of the “why” underneath.

The result of this new-found writing clearly manifests itself on her new EP, a symbol of her complete self and a demonstration of what she feels her life has been leading her toward. As a result of her background and experience—from formal classical and musical theater training to a soulful connection to folk and country—Alexa’s music is both subtle and dramatic. Big instrumentation weaves through her lyrical expression of the boundless aspects of nature. She describes it as akin to a “hummingbird, one of the smallest creatures, yet seldom unnoticed in its vastness.”