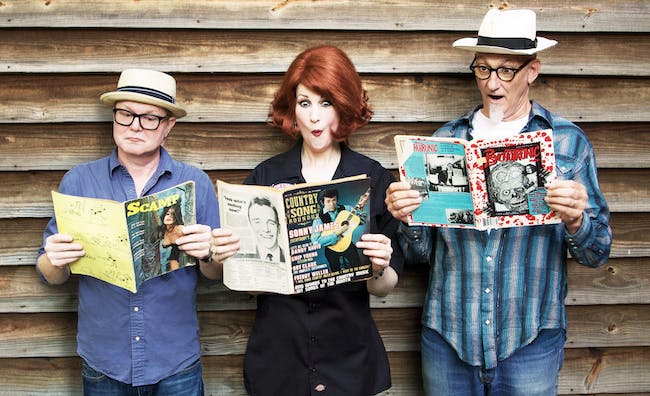 Southern Culture on the Skids

iCal
Google
Southern Culture on the Skids with Dressy Bessy

The Southern Culture on the Skids show scheduled for May 16th, 2020 at Washington’s has been rescheduled for May 15th, 2021. Existing tickets will be honored to the rescheduled show or refunds are available at the point of purchase. Anyone who purchased a ticket on or before 4/7/2020, please respond to the email sent through Eventbrite (check spam if not found) with any refund requests. We appreciate your support for Southern Culture on the Skids, Dressy Bessy and Washington’s and we will see you all next year!

Southern Culture on the Skids

Southern Culture On The Skids has been consistently recording and touring around the world since its inception in 1983, when Rick Miller was a grad student at UNC-Chapel Hill. The current lineup (Dave Hartman – drums; Mary Huff – bass and vocals; Rick Miller – guitar and vocals) has been playing together for over 30 years. The band’s musical journey has taken them from all-night NC house parties to late night network talk shows, and from performing at the base of Mt. Fuji in Japan to rockin’ out for the inmates at NC Correctional Facilities. Their music has been featured in movies and TV, and used to sell everything from diamonds to pork sausage, and their legendary live shows are a testament to the therapeutic powers of foot-stomping, butt-shaking rock and roll.

SCOTS’ DIY roots go all the way back to the days of making cassette demos in the dirt floor basement of the original band house. “It was a beat down house we found in the woods, covered in kudzu vines”, Rick recalls. “We hunkered down there and came up with the sound and ideas we’ve been refining and tweaking ever since; a blue plate special of musical genres, all mixed together to give up new flavors and combinations.” 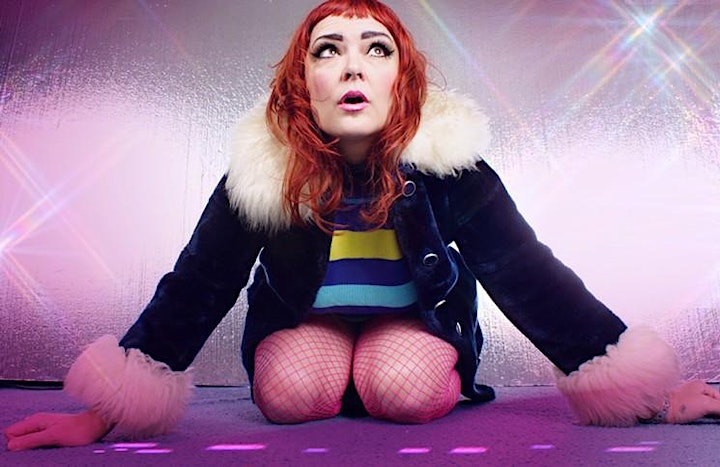 "This album comes out 20 years after our first one," guitarist John Hill says of Dressy Bessy's second Yep Roc Records release, Fast Faster Disaster. "20 years in and we're better than ever. Tammy's songwriting and performance are as vital as ever. She's the genuine article and one of the strongest, most talented women I know."

"This is the most selfless record I've ever written," asserts frontwoman Tammy Ealom. "In the past, the bulk of my songwriting was inspired by something or someone who'd pissed me off. Writing a song about it made me feel like I was getting the last word, case closed in my mind. With this album, each song was written for someone or something I love."

Throughout Fast Faster Disaster, such engaging new tunes as "It's Not That Hard," "Fearless," "Cheerup Teardrop" and "Stay True" reflect on universal emotional foibles with the same pointed insight that Ealom has brought to her lyrics since the band's early days as iconoclastic indie pop darlings. "Tiny Lil' Robots" and "Sweet Medicine," meanwhile, were inspired by Tammy's relationship with her daughter, while "Mon Cheri" was sparked by the emotions that accompanied the sudden death of Dressy Bessy's original bass player Rob Greene in January 2018.

Elsewhere on the new collection, the bittersweet "The Real McCoy" pays heartfelt tribute to longtime friend and label mate (Minus Five/Young Fresh Fellows leader) Scott McCaughey, who had suffered a stroke at the time the song was written. John Hill, in his alternate role as a freelance tour coordinator, was actually in San Francisco with McCaughey when he suffered the stroke, and a distressed Tammy Ealom wrote the song while following the details back home. Tammy invited several of McCaughey's friends and band mates to make guest appearances on the track, including Kurt Bloch (Young Fresh Fellows, Fastbacks), Ken Stringfellow (Posies), Corin Tucker (Sleater Kinney), Andy Shernoff (Dictators), Keith Streng (Fleshtones), and Michael Giblin and Josh Kantor (Split Squad).

"We were in shock," Tammy says. "I wrote that song in a night and sent it off to numerous friends to add tracks while they were also struggling with the news. We even had people send in tracks that they sang into a phone while listening to the song through speakers. At the time it seemed urgent to complete the song so we could present it to Scott, but later realized we wanted it to live on as an album track. It fits right in with the emotions of this album."

Fast Faster Disaster also features another memorable tribute in the form of the band's fresh take on "What Do I Get," originally by Brit pop-punk pioneers the Buzzcocks, whose leader Pete Shelley passed away while Dressy Bessy were finishing the album. "What Do I Get" was recorded prior to Shelley's passing, but then immediately adopted as a tribute following Shelley's death.

"I think this is our best album yet," Tammy assesses. "There's an undeniable sense of honesty and freedom to it, lyrically and sonically, and it came with a humbling ease. We pay close attention to current events, including politics, and have been profoundly impacted by the recent climate. There's nothing like the threat of losing your basic freedoms and realizing the fragility of democracy to open up your eyes and pull you out of your personal bubble. More than ever, we’ve come to appreciate the importance of family, friends and community."

Though the album has serious elements , Fast Faster Disaster also remains consistent with the same pursuit of joy and transcendence that's motivated Dressy Bessy since its early days.

"I always laugh when people call us sugary or bubblegum," Hill notes. "They obviously haven't seen us live.' Tammy adds,” yeah we’re more like a semi-sweet, hard rockin’ friendly smack in the face!”