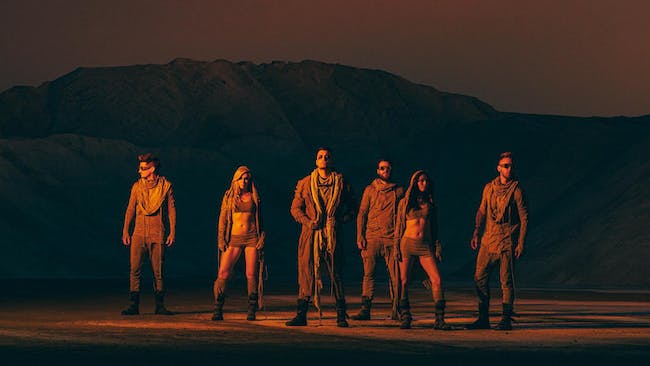 Visionary media collective STARSET have carved out a unique path as part cinematic rock band, part conceptual storytellers, weaving an intricate narrative through multimedia and redefining the concept of a truly immersive entertainment experience. Led by enigmatic frontman and PhD candidate Dustin Bates, the band have made it their mission to take fans on a journey through music, video, AR-integrated performances, a Marvel graphic novel and online experiences, blurring the lines of science, fact, and fiction. The band’s third album DIVISIONS provides the soundtrack to the next chapter of their overarching narrative -one of a dystopian future world divided by the technology that has taken over in a war for human consciousness -those obeying and implementing it, and those fighting against it. Clues have been left behind by The Starset Society through a series of transmissions of what will occur in the future. These have been seeded throughout the campaign for fans to find and for them to become part of the story itself in a search for knowledge and to reveal new music. 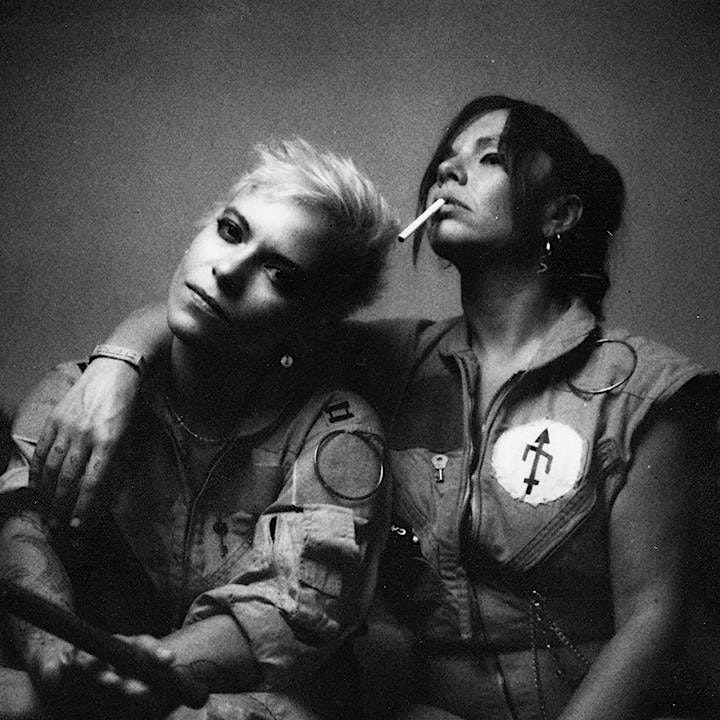 For London-bred band BONES UK, every song is a chance to speak their minds with total freedom, to shed light on the extreme disconnect between the status quo and the far more glorious world inside their heads. On their self-titled debut album, vocalist Rosie Bones and guitarist Carmen Vandenberg confront everything from the beauty industrial complex to toxic masculinity to music-scene sexism, embedding each track with choruses primed for passionate shouting-along. With their galvanizing energy and relentless joie de vivre, BONES UK offer up an album that’s both provocative and endlessly exhilarating, even in its most outraged moments.

True to the L.A.-based band’s anti-conformist spirit, BONES UK unfolds with an entirely uncontainable sound, a riff-heavy collision of rock-and-roll and rough-edged electronic music. In forging that sound, Rosie and Carmen worked in close collaboration with producer Filippo Cimatti, who shaped the album’s kinetic textures with lavish use of electronic bass. Matched by Carmen’s masterful yet inventive guitar work and Rosie’s magnetic voice—an instrument that seamlessly slips from menacing to stunningly tender—the result is a bold new sonic world, savage and frenetic and infinitely mesmerizing.

On the album-opening “Beautiful Is Boring,” BONES UK bring serpentine riffs and sinister grooves to a feverish statement against societal expectations of beauty. “We’re living in an era when everyone’s being airbrushed into looking all the same, when really it’s imperfections that make you beautiful,” says Rosie. On “Filthy Freaks,” the band twists the narrative to an all-out celebration of the perfectly imperfect, the song’s bright tempo and surf-rock rhythms backed by Rosie’s brazen lyrics (e.g., “I like your leather/But I like it better on my floor”).

Raw defiance also fuels tracks like “Pretty Waste”—a dizzying anti-anthem driven by blistering beats and Rosie’s haunting vocal delivery. “It’s about this idea that if you’re a girl, you can’t be both attractive and smart,” Rosie says. “We wanted to show that you can be feminine and strong and tough and angry all at the same time: you can be whatever you want to be.” Another moment of brilliant fury, “Leach” lashes out against all the creeps BONES UK have encountered in their wanderings around L.A., cleverly contrasting their venomous lyrics with swinging rhythms and flamenco-inspired strumming. And on “I’m Afraid of Americans,” BONES UK bring that sardonic mood to a divinely snarling cover of David Bowie’s late-’90s hit, instilling the track with a wild new urgency.

Elsewhere on the album, BONES UK shift from the restless reverie of “Souls” to the dreamy balladry of “Black Blood” to the swampy blues of “Girls Can’t Play Guitar,” echoing the deliberate unpredictability of the album-making process. “We recorded everywhere—in bathrooms, in the backs of cars,” says Rosie, noting that most of Bones came to life in their basement studio in Laurel Canyon. “We’re together all the time and we love that freedom of being able to record whenever we want. We don’t need that pressure of going into some big studio; we’d much rather just be instinctive about it.”

All throughout their thrilling debut the band shows the sharpness of their instincts, an element that each musician has spent her whole life honing. Growing up in Italy, Carmen began playing violin at age five, but soon felt compelled to take up guitar. “My dad played me a VHS of Woodstock, and when I saw Jimi Hendrix I just went, That’s what I wanna do,” she recalls. Classically trained in guitar from age six, she later ventured into blues and rock, eventually crossing paths with Rosie after playing a 2014 gig at a blues bar in Camden. “I went up to her afterward and we drank several bottles of whiskey, and we pretty much started playing together right away,” says Rosie. Born and raised in London, Rosie had gotten her start as a drummer but switched to guitar as a tool for her songwriting. “It’s always been all about the lyrics for me—using songs to tell stories and paint a picture, in a way that actually says something about the world,” she notes. (An art-school dropout, Rosie also designs all the artwork for BONES UK, with the band working together to create each of their outrageously cinematic videos.)

After recruiting Filippo (a former classmate of Carmen’s at The Academy of Contemporary Music in Surrey), BONES UK began pushing toward the heady complexity that now defines their music. “We all come from such different backgrounds, and BONES UK is the amalgamation of that,” says Carmen. “When we realized what we could create together, it was like we didn’t have a choice—we had to just keep going.” Moving to L.A. in 2017, the band made their name as an incendiary live act, soon taking the stage at major festivals like Lollapalooza and touring with bands like Stone Temple Pilots, Bush, and The Cult.

Joined onstage by their drummer Heavy, BONES UK now see their live set as the ideal medium for their ever-expanding message, a vehicle for both catharsis and transformation. “Music is the most powerful platform you could possibly have, because it has the potential to move people in so many ways,” says Rosie. “We feel like we have a duty to use our platform to talk about the things we care about, and hopefully end up empowering and inspiring people, and help give them the confidence to be who they really are.” 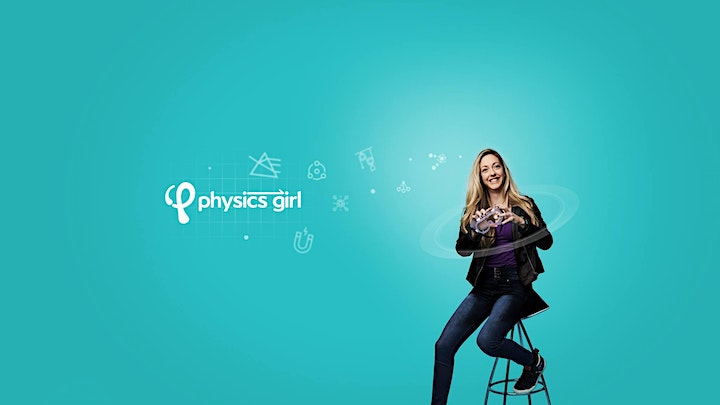 Cool phenomena, news, and physics found in everyday life for every atom and Eve.

All support acts are subject to change without notice.