iCal
Google
The Contribution with Whitewater Ramble as support

Please note: this show has been moved to Armory Foco for a more intimate audience/artist experience. Tickets are still available at the link above, please reach out to the box office with any additional questions (970) 232-9525.

When Relix magazine announced the The Contribution’s debut record, Which Way World (2010), and called them a “jamband supergroup,” they also recognized, “the band serves the songs first and foremost.” Although the band is comprised of some of the scene’s heavy hitters, the first listen to their music reveals their love of 60s pop and soul coupled with their ability to flat-out shred. It’s is what makes the band appealing to music lovers from all walks of life. In 2017 the band released seven tracks from their upcoming LoHi Records album, Wilderness and Space, with full proceeds from each single going to a different non-profit organization. 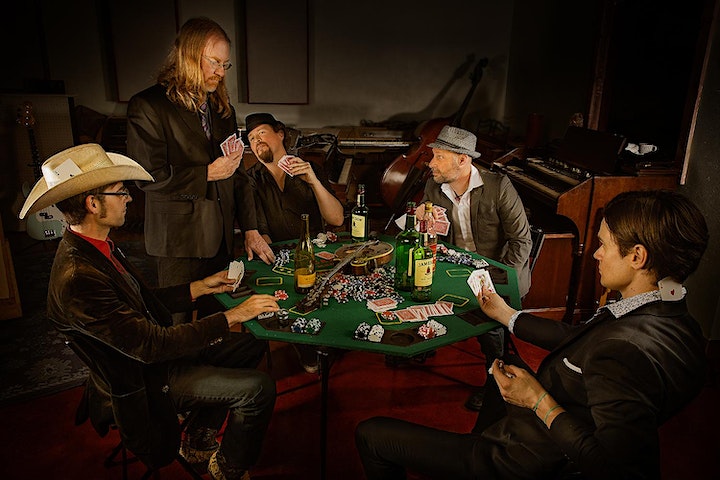 Described as “High-Octane Rocky Mountain DanceGrass”, Whitewater Ramble (WWR) uses a simple recipe to craft it’s sound: start with bluegrass instrumentation, add drums, and finish with a boundary-less approach to grassing-up everything from disco house grooves to roots to Americana. The Colorado-bred quintet combines the elements of mandolin, fiddle, acoustic guitar, upright bass, drums and vocals to explore the musical boundaries of multiple genres and to fuel their own mixture of original music and innovative cover song interpretations. Whether playing an intimate encore, acoustic and unplugged in the crowd, or surfing on top of the upright bass, Whitewater Ramble delivers a powerful and memorable live performance.

Currently on tour behind their second studio release Roots & Groove (produced by Tim Carbone of Railroad Earth), the band continues their growth as songwriters and musicians while earning legions of new fans and expanding their touring reach.

Based in Fort Collins, CO, WWR has performed and headlined on every major stage across the Rocky Mountain Region. A diverse festival resume has helped bring WWR to stages at events like the Northwest String Summit, Wakarusa, Yonder Mountain’s Harvest Festival, Grand Targhee Bluegrass Festival, 80/35 Festival, Nedfest, Bohemian Nights NewWestFest, The Wildflower Pavilion at RockyGrass, Copper Mountain Sunsation, Desert Rocks Music Festival, Love Your Mother Earth Music Festival, Keystone Bluegrass and Brews, The Denver People’s Fair, South Park Music Festival, Westword’s Music Showcase, numerous Brew Festivals, and their own annual two day music and camping festival, Ramble on the River. With over 800+ performances under their belt, the group has truly established themselves as one of the hardest working groups in the jam scene today.