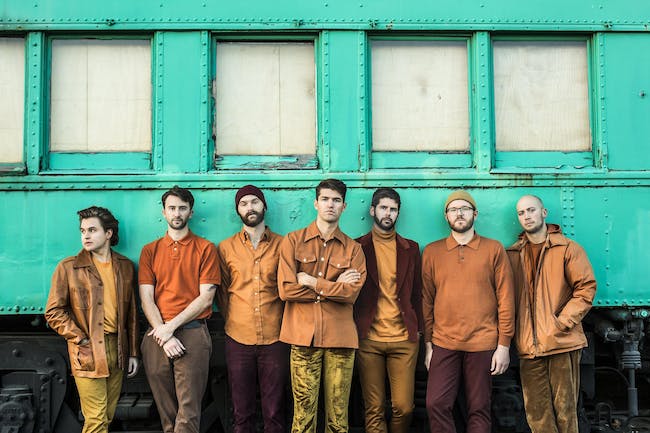 iCal
Google
The Dip with Mama Magnolia as support

Hailing from Seattle, The Dip is an electrifying seven-piece ensemble that melds vintage rhythm and blues and modern pop with 60s soul, tapped by KEXP as “one of the most exciting and joyous acts to emerge in recent years”. The group quickly gained notoriety throughout the Pacific Northwest for their eminently danceable live shows that feature vocals from frontman Tom Eddy (Beat Connection), an effortlessly deep pocket, and the melodies of the “The Honeynut Horns”. Hard-hitting but sensitive, The Dip harkens back to the deep soul roots of decades past while sounding undeniably relevant. The band's 2015 self-titled debut, recorded to tape at Avast! Studios, propelled them to notable appearances at Sasquatch! Music Festival, High Sierra Music Fest, Summer Meltdown, and Capitol Hill Block Party and built anticipation for their 2016 release, Won’t Be Coming Back (EP). Now, the band prepares to arrive on the national stage with their second LP, The Dip Delivers. There’s a certain alchemy to The Dip that unites music fans of all ages and backgrounds and leaves everyone smiling ear to ear. 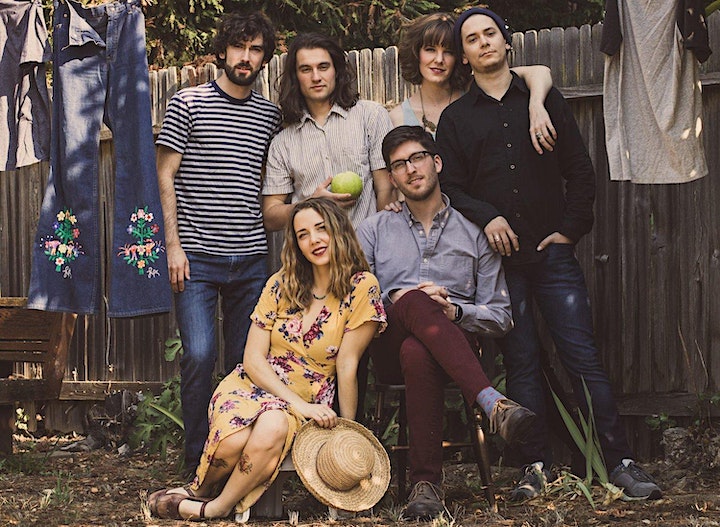 You’ll find soul at the heart of any band worth its salt.

It’s the unspoken magic that invariably unites musicians of different styles and sensibilities. It’s the magnetic force that pulls together genres. It’s what makes music connect cerebrally, physically, and spiritually. Mama Magnolia live on “the soulful side of rock.” The Denver six-piece—Megan Letts [lead vocals, keys], Thomas Jennings [guitar], Zachary Jackson [bass, vocals], Jackson Hillmer [drums], Carrie McCune [trumpet, vocals], and Alex Cazet [saxophone]—would be just as at home in a New York City jazz dive as they would be on forested festival grounds. Like a musical time-warp where Etta James fronted Lake Street Dive, they pepper this brew of soul and rock with boisterous horns, jazzy flavor, gospel heart, classical resonances, and even a little hip-hop swagger…

“There’s a lot going on,” says Megan. “We certainly get down, but we’re not a rock band per se. It’s retro, but there’s a grittier side with the horns. Most of us grew up as jazz nerds. After playing by the book for so long, we’ve allowed ourselves to push the boundaries. It feels good.”

While enrolled in the music program at University of Denver, the members started jamming during 2013. 2016 saw them release their independent debut EP, Something About Fire. Between shows with everyone from California Honeydrops to Marco Benevento, they earned the praise of early supporters Denver Post, Sound Fix, The Grateful Web, and many more. Building a profile, they quietly recorded their 2018 self-titled full-length, Mama Magnolia, with GRAMMY® Award-winning producers and engineers Steven Vidaic and Mike Yach. The musicians emphasized a live approach in order to bottle the spirit of their shows on tape.

“We tracked everything together, so drums, bass, guitar, horns, and keys were all done live,” recalls Megan. “That really captured who we are. We just react to each other very well musically. It’s a symbiotic relationship. The EP was like a preview; this record is an introduction to who we truly are and what we sound like.”

The single “Half His Heart” opens up the world of Mama Magnolia. “Lyrically it’s about discovering the good in people even when they don’t seem like good people,” she explains. “Half of your heart is being told to be a certain way, but you still have that pure serenity somewhere inside you.”

“It’s a reminder to bad roommates,” smiles the singer. “Clean up after your own self, because I’m not your mom! So many of our songs have these deep, intentional meanings and shadowy lyrics. This is very straight forward!”

In the end, the soul of Mama Magnolia comes from the “family” bond shared by all six members.

“Our fans always say we’re like a family,” Megan leaves off. “We can express anything musically, because we’re so comfortable with each other. We just like sharing our music with everybody as a family. When you listen to us, I hope you take away that experience. You’re a part of it too.”

Standing Room Only, General Admission Venue. Balcony is CLOSED for this show.