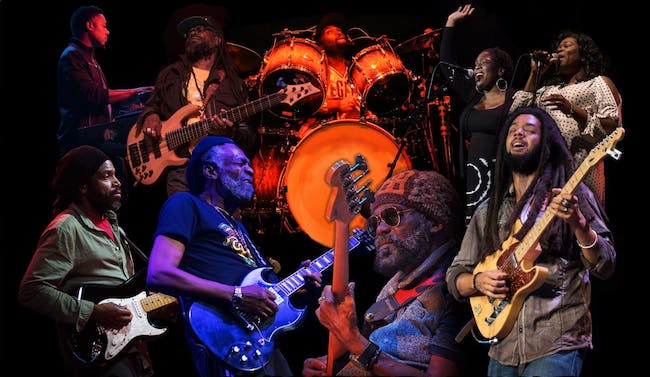 The legendary Wailers continue their quest to bring reggae to the forefront of the world’s stage. Led by renowned bassist and founder Aston “Familyman” Barrett, and joined by original Wailers guitarist Donald Kinsey, The Wailers give audiences around the globe the opportunity to experience their unique and innovative sound. From 1972 to 1980, Bob Marley & The Wailers recorded, toured, and performed before countless millions worldwide. Since 1981, Familyman has carried on the mission to “keep The Wailers together” – just as Bob requested.

Accompanying the legends and children-of-legends on stage are many other talented musicians: bass guitarist Owen “Dreadie” Reid, a former student of Familyman who also plays bass with Julian Marley’s Uprising band; front man Joshua David Barrett, Rastaman by lifestyle and culture, who delivers Bob’s powerful message of Jah love and unity through his performance and interaction with the audience; Andres Lopez on keyboards, who has performed with artists such as Alborosie, Lutan Fyah, and Anthony B.; and Anne-Marie Thompson, an experienced gospel singer. FOH/Sound engineer is Christian Cowlin, a Wailers Band veteran who has traveled the world with The Wailers for more than 20 years and who is responsible for the band’s live sound.

Since Bob Marley’s untimely passing in 1981, Familyman vowed to keep a promise he made to his leader and friend – that he would hold the band together and maintain the music’s quality, to “keep me [Bob Marley] alive through music.” The message is still Burnin’, the Exodus of Jah people continues, Uprising and Survival remain the call to fans. The incomparable Wailers are coming to Babylon by Bus, to rock the stage, to bring the magic and message of Roots Rasta Reggae. It’s a Rastaman Vibration: a slice of music history you must not miss. Legend. 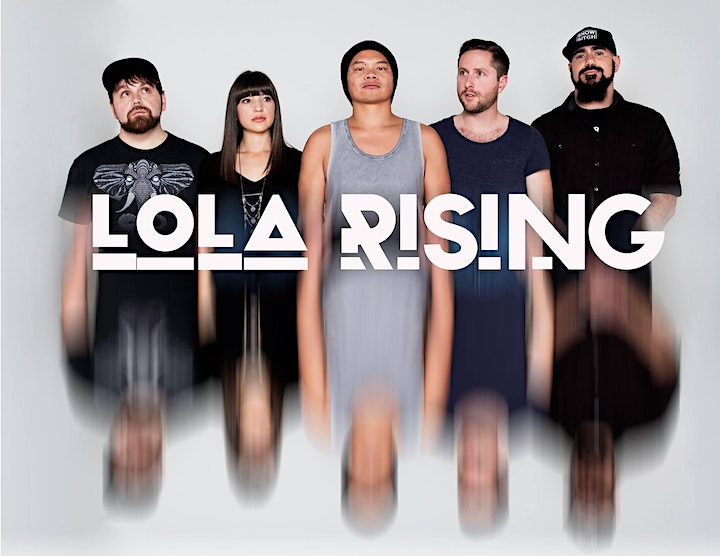 Inspired from a song Paul once wrote about the passing of his `Lola` (means Grandmother in Filipino), coupled with `Rising` evokes images of spirituality and embraces the human condition. Their dance-able rhythms, honest poetry, and smooth melodic multi-part harmonies makes their music familiar, fun, accessible, vivid, and thought-provoking.

From the depths of musty parking garages & gangsters in the Tokyo underworld; to fly-fishing the Animas River & crossing the Great Divide, everything inspires us; Lola is on the Rise.