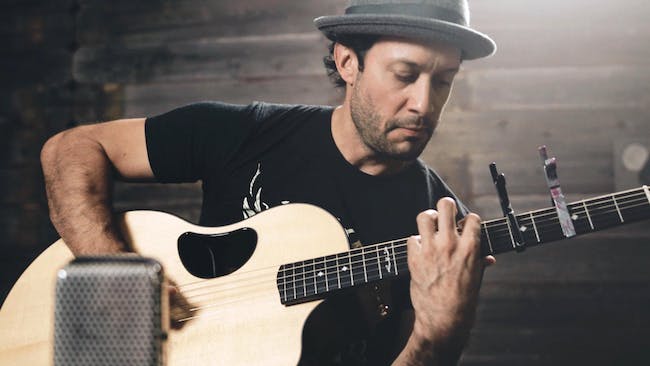 Internationally - acclaimed guitar virtuoso Trace Bundy must be seen, not just heard. His music is poetry in motion, using harmonics, looping, multiple capos, and his unique banter and stage presence to deliver an unforgettable live concert experience. Listening to his intricate arrangements is one thing, but seeing the fan-dubbed "Acoustic Ninja" play live confounds even the most accomplished music lovers as to how one person can do all that with just two hands and ten fingers.

Bund y’s unique career has brought him across the world, with concerts in 28 countries and counting-from high-tech performance halls in South Korea and Italy, to remote villages in Zimbabwe and Guatemala. He has independently sold over 125,000 albums on his record label, Honest Ninja Music. His video clips circulate virally at astonishing speed, with over 40 million YouTube views to date.

Jimmy Leslie at Guitar Player Magazine blogs “It was easy to see why Bundy plays bigger venues on each tour. In his hands, the acoustic guitar is an imagination station, and there was no telling where he is going take the audience at any given turn. Thrilling stuff.”

Audiocast Magazine from Austin, TX agrees: "Bundy's live show is without a doubt an event that needs to be witnessed rather than told about. With such a jaw-dropping performance, Bundy's live concert is a slap in the face that would leave a palm print on the memory of everyone in the audience. 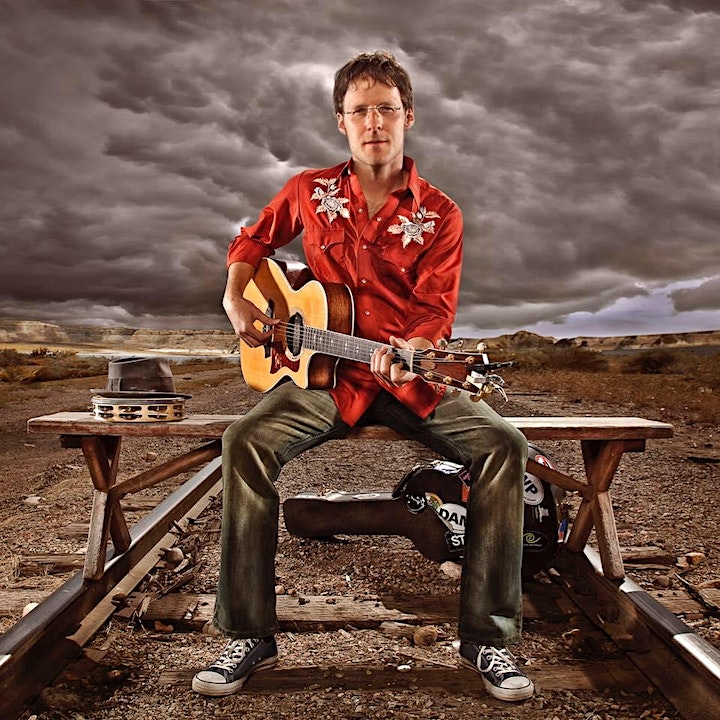 Justin Roth picked up the electric guitar in ninth grade with a dream of playing in a rock band. Two years later, he had his proverbial ‘Beatles on the Ed Sullivan Show’ moment: having gone to a Crosby, Stills, and Nash concert, when he saw innovative guitarist Michael Hedges open the show.

“It was Hedges’ music that truly spoke to me,” Justin says. “I was enthralled by his expressive playing and inventive compositions. He redefined my entire view of how the instrument could be played and I was immediately hooked. Seeing that the guitar was capable of so much more than I had ever experienced before, from that moment on, I knew it would be the root of my musical world.”

Justin began experimenting with alternate tunings and exploring the two-handed tapping technique he learned from watching Hedges and acclaimed fingerstyle guitarist/composer Billy McLaughlin. From there, Justin added more layers to his playing using partial capos to create an even wider range of textures and voicings to his compositions and live performances.

Justin began honing his craft as a writer, marrying his accomplished guitar playing with his already strong vocals. By the end of his senior year of college, he had already recorded his first album, aptly titled Up Until Now. However, not really intending to pursue a performing career, he majored in music business and planned to seek a music industry job. But following graduation in 1997, he was encouraged by a friend to attend the Rocky Mountain Folks Festival Song School in Colorado.

It was here that Roth caught his first glimpse of what lie ahead. “Keeping company with other musicians, swapping songs around late-night campfires, and hearing stories from other touring artists, I realized that being a touring musician was what I really wanted to do,” Justin muses. An epic moment in his life, it would later inspire the title track of his 2003 release Shine. Since then, Roth has attended the Song School every year since 1997 and became part of the staff in 2002 teaching guitar workshops on altered tunings, partial capos, and other techniques.

Building from the ground up playing the coffeehouse circuit around his Minneapolis/St. Paul home, Roth gradually began widening his touring radius around the Midwest. He received a more in-depth education of ‘life on the road’ while touring as road manager for Billy McLaughlin from 1997-2000. “Logging thousands of miles behind the wheel with Billy, I got my first true glimpse of what it was like touring the country. I saw the good and the bad…but the hook was set.”

In 2000, Roth released his second solo album in between and contributed four original compositions to the solo guitar compilation Lifescapes – Solo Guitar, produced by Billy McLaughlin. Sold exclusively in Target stores, the album went on to sell 70,000 copies nationwide. Later that same year, he recorded a live duo album with Chris Cunningham (of Storyhill) called 2 Forms of ID. In 2003, he released Shine, which involved an all-star cast of backing musicians and was mixed by award winning producer, Ben Wisch.

Justin has continued to woo, wow, and win audiences across the country, performing at such renowned venues as the Old Town School of Folk Music in Chicago, the Ark in Ann Arbor, and Saint Paul’s historic Fitzgerald Theater, home to Garrison Keillor’s "A Prairie Home Companion." He has toured with Red House recording artist John Gorka and has shared the stage with some of the biggest acts in the acoustic music scene, including Shawn Colvin, Martin Sexton, Lucy Kaplansky, David Wilcox, Darrell Scott, Susan Werner, Willy Porter, Ellis Paul and Richard Shindell. Equally, his guitar playing has earned him shared stages with some of the greatest fingerstyle players of today, such as Andy McKee, California Guitar Trio and Pat Donohue.

“Justin Roth was a smash when he opened at The Ark for John Gorka, selling out a big stack of CDs and nearly stealing the show.” – The Ark, Ann Arbor, MI

A dynamic live entertainer, Roth is known for his stage presence and spontaneous delivery — often composing songs during his shows with the help of his audience. Gaining recognition as a songwriter as well as performer, Justin has won numerous songwriting awards. He has twice been a New Folk Finalist at the Kerrville Folk Festival (TX) and has won the Indie Acoustic Project’s award for Best Song of 2005 for his song ‘Shine.’

When he decided to take time off the road to write and record his fourth solo album, Now You Know, Justin ended up relying on his fans again to help make it all possible. The entire project was fan-funded by pre-orders. “My fans lifted me up and continued to give me my chance to keep doing what I love for a living.” Roth recorded, produced, played and sang every note entirely by himself in his home studio. Having no ‘studio clock’ to worry about, he took advantage of the freedom to experiment like never before.

Now You Know is Roth’s most expansive and personal work to date, delivered with the intimacy of a home recording. The textured arrangements and layered vocals (ala Bon Iver) are hung tastefully around his alternately tuned and fingerpicked guitar. Roth reveals and sculpts an expansive yet simple sonic palette, once alive only inside his head, without ever becoming over-produced. Bridging both contemporary and indie/alt folk, Now You Know paints pictures and tells stories of loss, hope, and redemption. A journey…to be continued. Now you know.

“An album of depth and quality, excellent guitar playing…lyrics are a strong point…it’s the first time I’ve ever heard of Justin Roth, and on the strength of this great album, I certainly don’t think it will be the last.” – WhisperinandHollerin, Ireland

“…an incredible blend of excellent songwriting and sharp, intricate guitar work. You’ll want to listen to it again and again and again…” – Hunter At Sunrise, WHRV, Virginia Beach, VA

“…intimate, personal and richly melodic…eloquent fingerstyle chops. From the atmospheric beauty of the title track to the instrumental gem “Spaghetti Junction,” Roth delivers a lucid record that reveals an artist who’s taken his craft to the next level.” – Taylor Guitar’s Wood & Steel Magazine